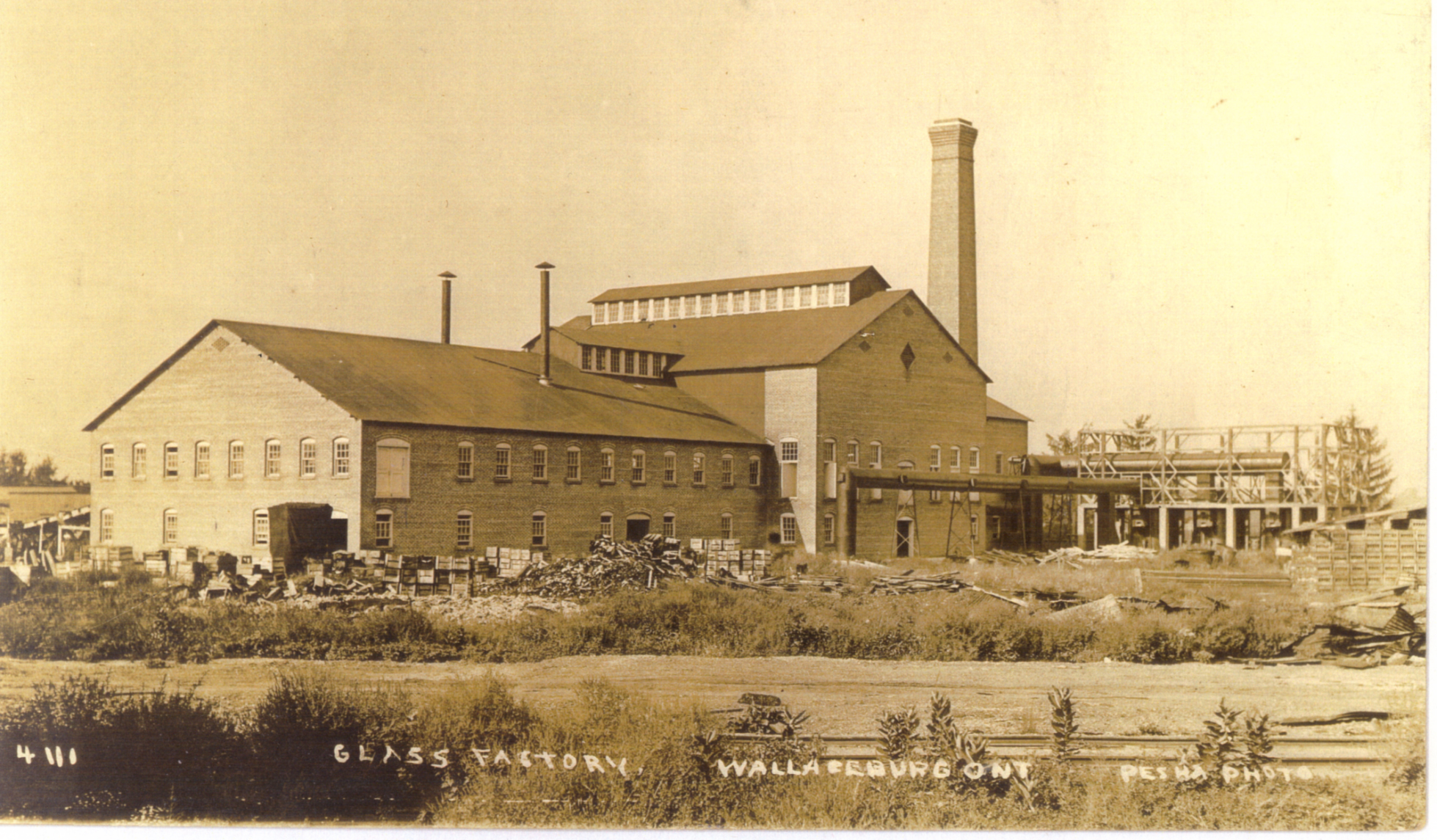 c1910 Photo of the 'New House' Factory at the Sydenham Glass Works, Wallaceburg, Ontario, Canada
The New House was specially built in 1908 to house the first Owens Automatic Bottling Machines to be used in Canada. The factory was built by the H.L. Dixon Company of Pittsburg, PA. It was constructed of soild brick to avoid the fires that plagued most early glass houses. To the right can be seen the pipes used to import the coal gas to the furnaces which were located at the rear of the building. 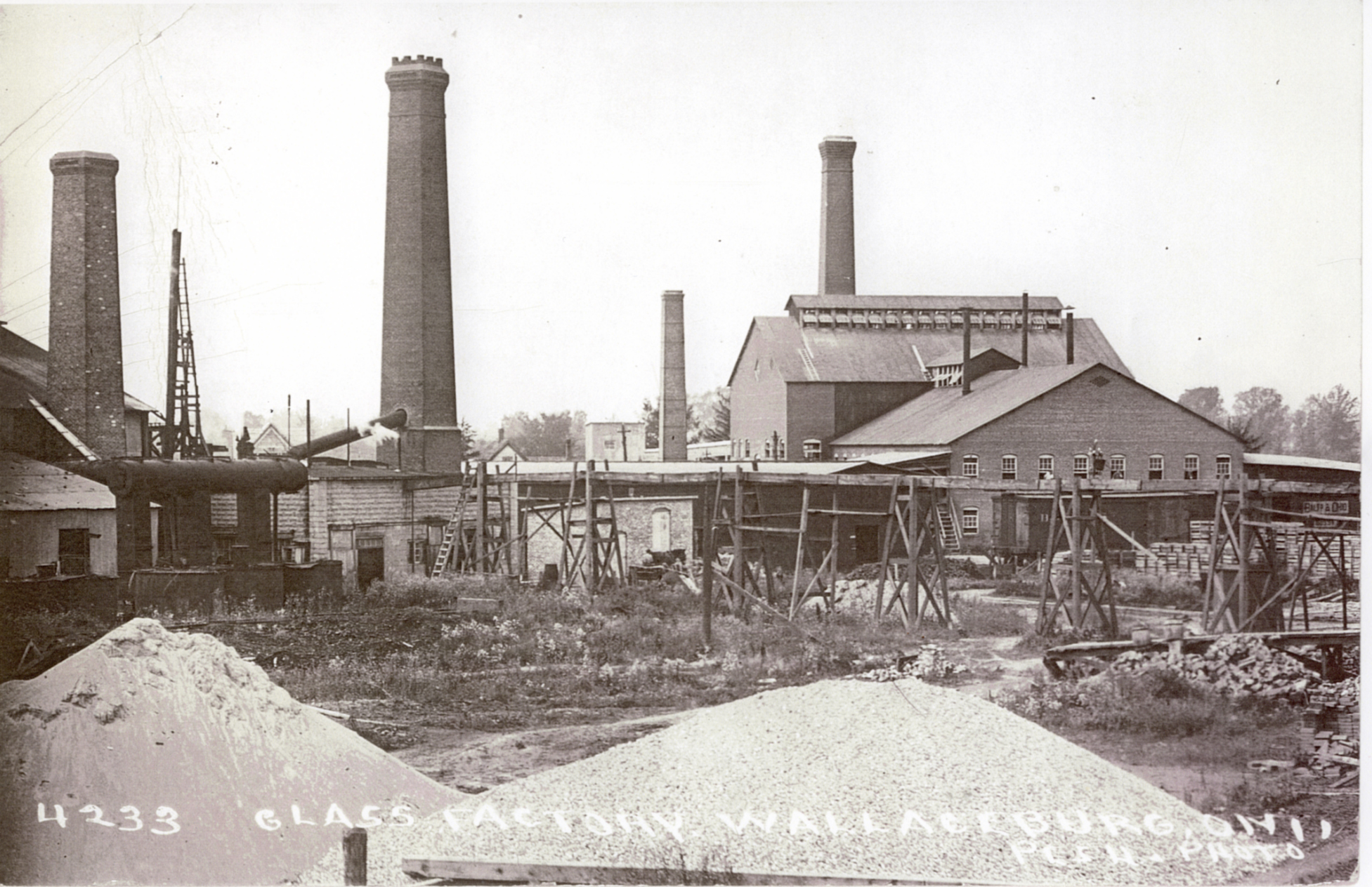 An alternate view of the New House c1910.
This view is of the opposite side of the New House. To the far left can be seen the edge of the Green House where most of the common bottles were produced. Ironically the New House was the oldest building still in existence when the factory site closed in 1999; at that time it was also called the Amber House due to the number of beer and liquor bottles produced there during its last years of operation. 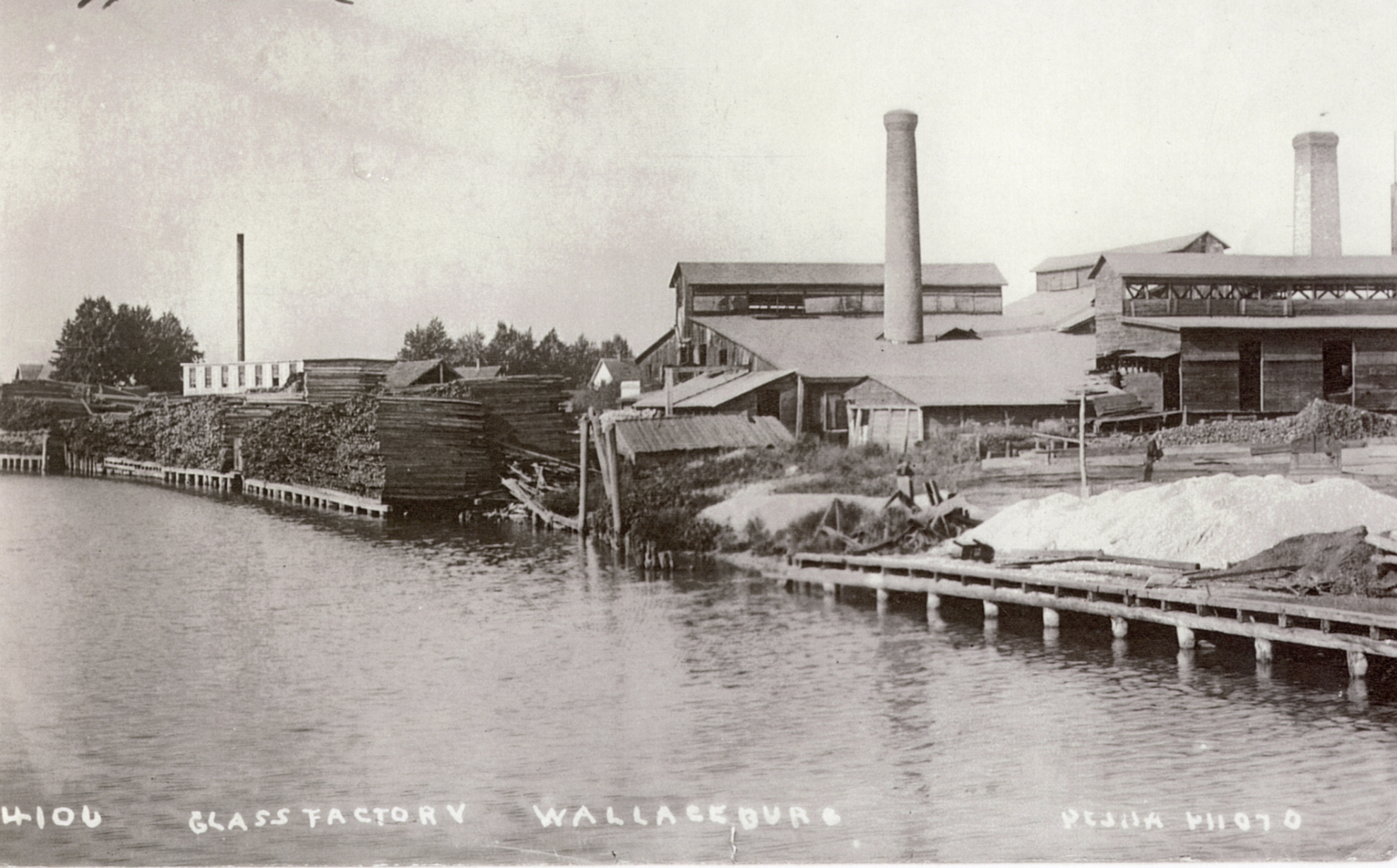 A c1910 river view of the 2nd Green House.
This was the site of the original plant on the factory grounds which burnt in 1902 and was quickly replaced by the building seen here. This plant was mostly used for the production of regular clear bottles, known in the trade as green ware, due to the earlier blue-green tinge of colour to common bottle stock. Even though clear glass had been developed by the time the Sydenham Glass Factory opened the common trade terms still applied to the buildings on the site. Even at the time of closing in 1999 the building on this site was still referred to as the Green House due to its historic position, and not to the fact that it was actually painted green.