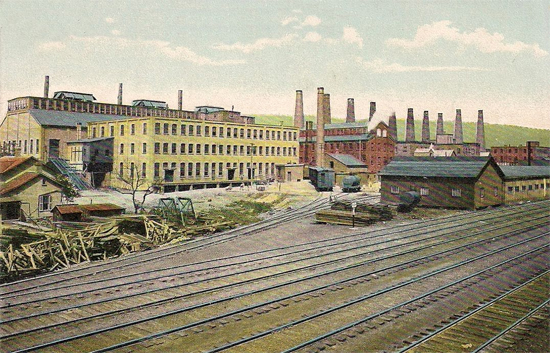 Corning Glass Works, Corning, New York, circa 1906
At this time the facility was operating with ten furnaces that can be noted by counting the chimneys in this postcard image. In 1906 Corning was producing 19,735,894 SS#19 light bulbs yearly at an approximate cost of $14.64/1,000. Light bulb production was very labor intensive and about to undergo the sweeping change of mechanization which would force major change upon the Corning Glass Company. In 1908 the company established a laboratory devoted to the chemical research of the properties of glass and this facility spawned the next generation of product, one of them being "Pyrex". 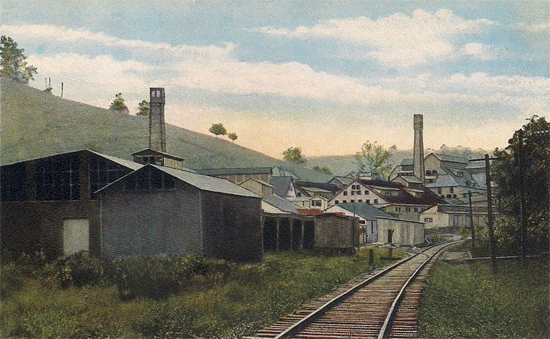 Crescent Window Glass, Weston, West Virginia, 1903-1920
This site later became the West Virginia Glass Speciality Company that produced tableware, barware and stemware until 1987. A visit to the site today will provide you with a view of the ruminants of some of these buildings; the railroad is now Highway 19, the chimneys have been removed, the gift shop of West Virginia Speciality is overgrown with vines and the roof has collapsed. 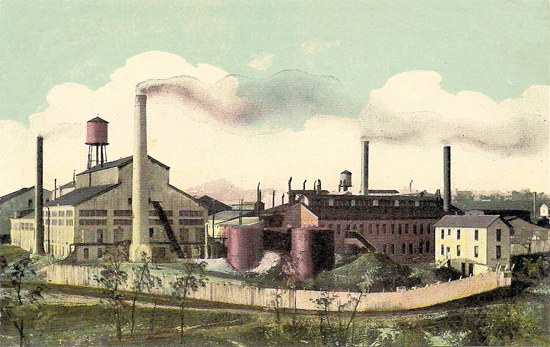 Hazel Atlas Glass Co., Clarksburg, West Virgina
Hazel Atlas as a corporation was a powerful manufacturer of glass for decades. The corporate office and metal lid closure plant was located in Wheeling West Virginia. Over the years the company grew to have over a dozen factories across the United States. The Clarksburg, West Virginia plant was a major part of this stable of factories, producing tumbler shaped jars for packing everything from meats to jellies. 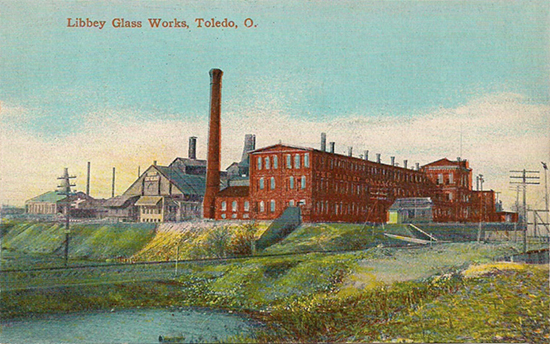 Libbey Glass Works, Toledo, Ohio, circa 1900.
Orginally built on this site in 1888 and demiloshed 67 years later in 1955. In this image the tall chimney in the foreground served the boilers and steam powered equipment. The lower conical stacks are for the furnaces hoilding the glass melting pots. The three stacks in the background exhaust the three furnaces build in a second building constructed when the operation was enlarged during the prosperous "cut glass brilliant" period. The railroad track which can be seen at the front of the building is the Wheeling and Lake Erie Railroad line. 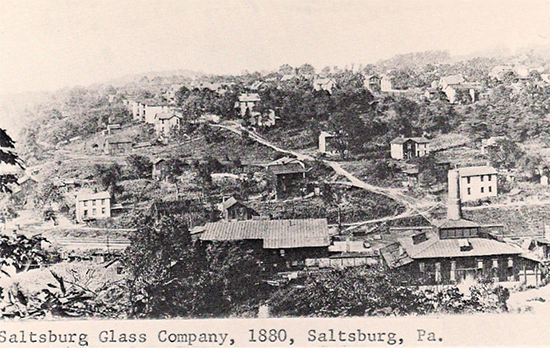